Bloch travelled to America in 1948 painting and teaching and stayed with his Bauhaus educated stepdaughter Hilde Reiss (1909-2002) who had emigrated to America in 1933. She and her partner William Friedman were living in 'Idea House II', the modern house they had designed in the grounds of the Walker Arts Center, Minneapolis.  Bloch's dramatic 'Mississippi at Minneapolis' (1948-50) is in the Tate Gallery, whilst his condensed vision of a train journey across America 'From Colorado to New Mexico' (1959-51) is in the National Gallery of Canada in Ottowa. In Wales he stayed in Ystradginlais with fellow artist, Josef Herman (1911-2000); both he and Herman contributed large paintings of Welsh miners to the seminal Festival of Britain Exhibition '60 Paintings for 51.' Bloch's painting 'Down from Bethesda Quarry' (1950-51) with its strong colour and expressionist focus is now in the National Museum of Wales. There are two versions of the late, lyrical 'Afternoon in Bangor', an oil sketch from 1952 in the Sainsbury Centre for Visual Arts, Norwich and a larger version from 1952-4 is in the Tate. Between 1949 and his death in London in 1954, he taught at Camberwell, where he influenced a new generation of British painters. 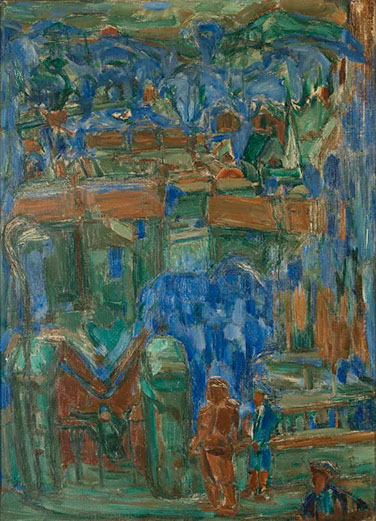 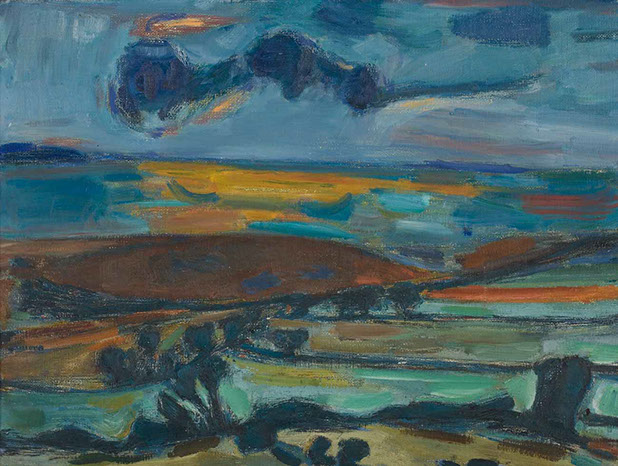 Estuary of the River Dee 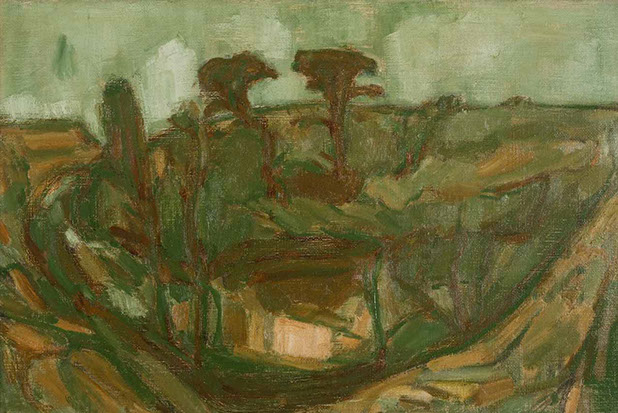 The Womb of the Land 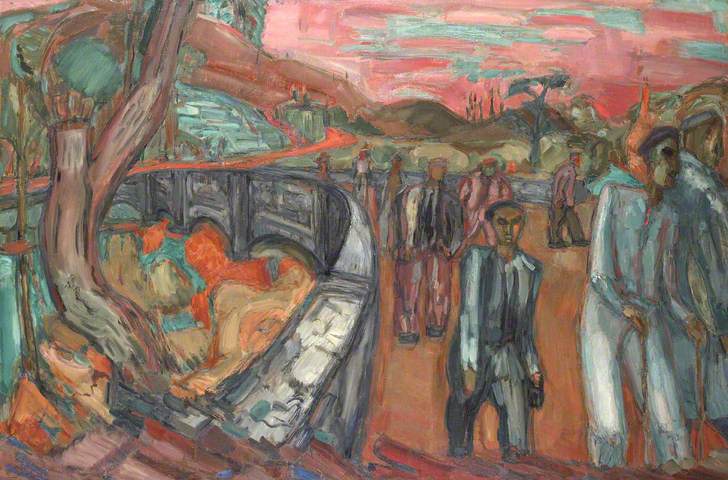 Down from Bethesda Quarry 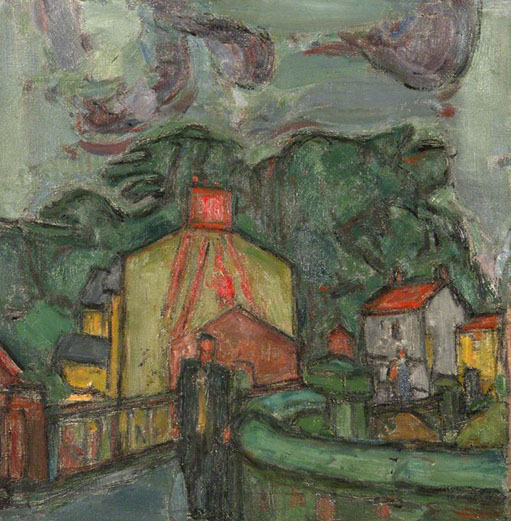 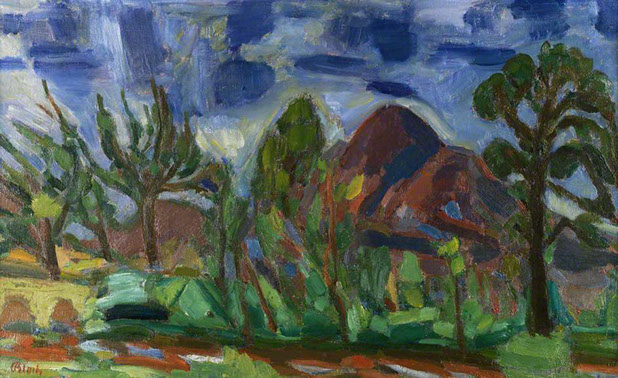