Martin Bloch was born in 1883 in Neisse, an old, traditionally Catholic, town in Prussia, which, since World War I, had been part of Upper Silesia. Following the Potsdam Conference after World War II, the area became part of Poland, and the town has since been known as Nysa.  The Bloch family were Jewish, although Martin and his brother attended a local Catholic Gymnasium. His father ran a lace factory, but Bloch wanted to be an artist. In 1902 he moved to Berlin to study architecture, and then, in 1905, aesthetics, with the Swiss art historian Heinrich Wölfflin (1864-1945) in Munich. In 1907 he was taking drawing classes with the painter, printmaker and leading member of the Berlin Secession, Lovis Corinth (1858-1955). By 1912 he was in Paris, centre of European Modernism.  Art historian Michael Podro suggests that "the excitement of that period echoed through his career, evident in the freedom in his use of paint and the impulsiveness of his drawing".

Bloch's very early paintings include landscapes painted in Normandy and in Britanny (1912 and 1913), still lives, 'Back of a Standing Nude, Paris' (1913) and a couple of portraits of actors from the same year. His work was included in group shows in 1911 and 1913 at the Paul Cassirer gallery in Berlin.

Bloch travelled to the south of France in 1914. He was in Spain when World War I was declared, and spent the duration of the war in Spain. He travelled and painted in the Basque country and in Andalucia, at times with Sonia and Robert Delauny (1885-1979, 1885-1941), and with Marie Laurencin (1883-1956), three key figures of the Parisian avant-garde. Marie Laurencin appears in a 1915 painting, peering through the lush vegetation in 'Garden in Malaga' (1915); Bloch's monumental 'Basque Washerwomen' (1914), an early exploration of the theme of workers in the landscape, to which he returned frequently, notably in his late Welsh paintings, is in the Southwark Art Collection. His huge triptych of nudes from this era, 'Southern Light. Decorative Attempt. Triptych' (1914-1920) is in the Busch-Reisinger Museum, Harvard. In Madrid Bloch spent cold winter days studying the old masters in the Prado, often with his friend and future brother-in-law Helmut Ruhemann (1891-1973). Ruhemann had trained as a painter and became a leading picture restorer, appointed Chief Restorer at the Kaiser Friedrich Museum in 1929, and, following his move to London in 1933, worked at the National Gallery in London from 1934 until shortly before his death by which time he was, once again, Chief Restorer.  A knowledge of old master techniques informs the careful, layered painting method Bloch developed throughout his working life. 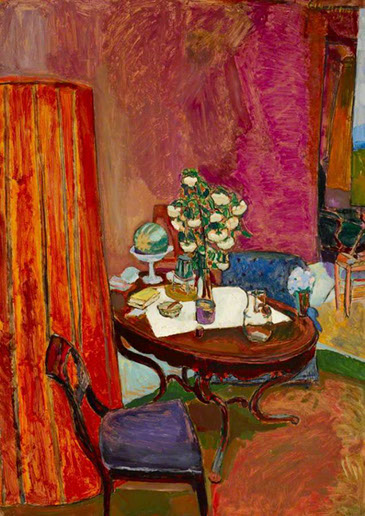 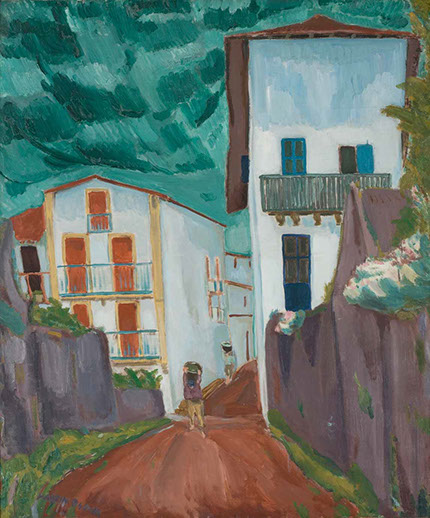 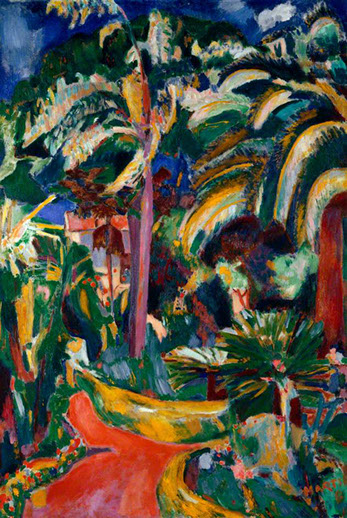 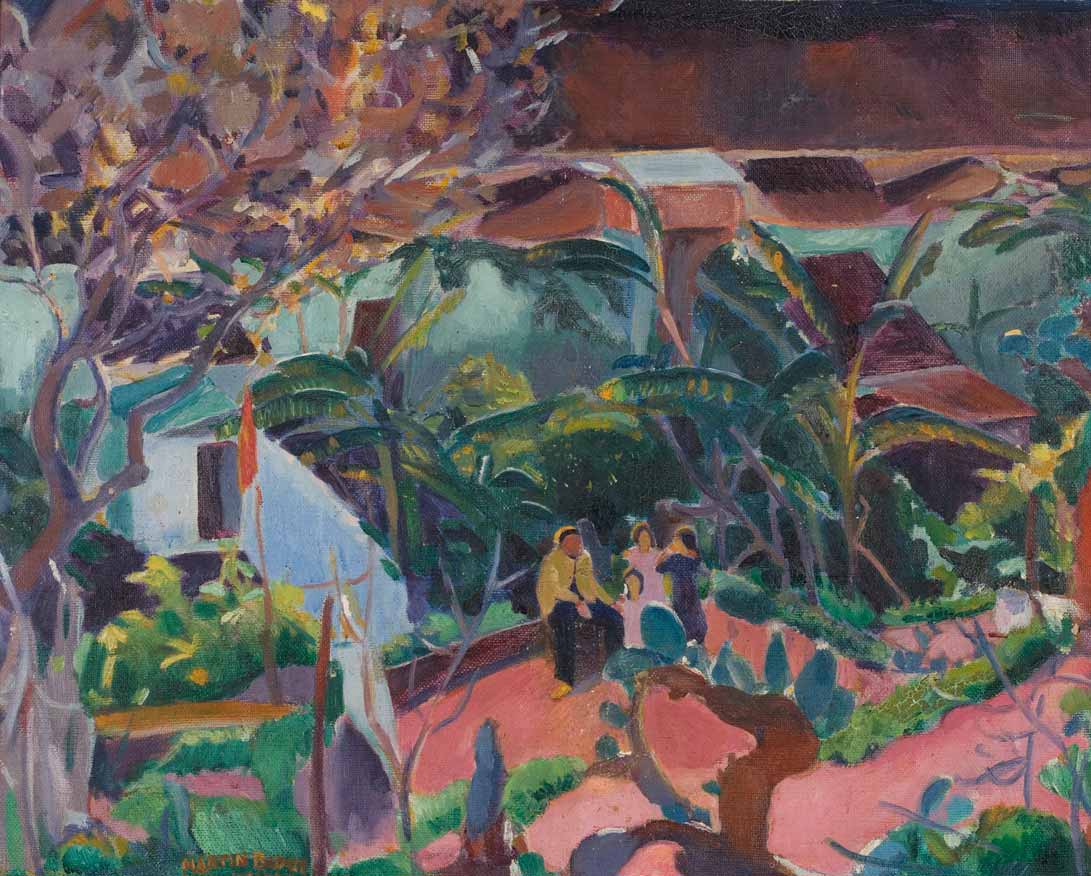 Family on a Patio, Malaga 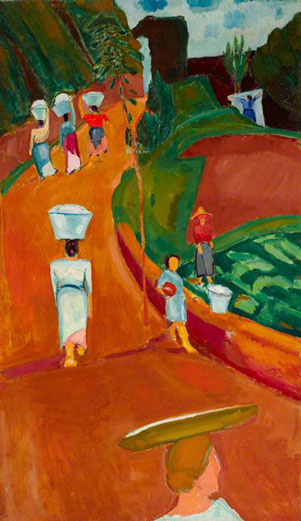 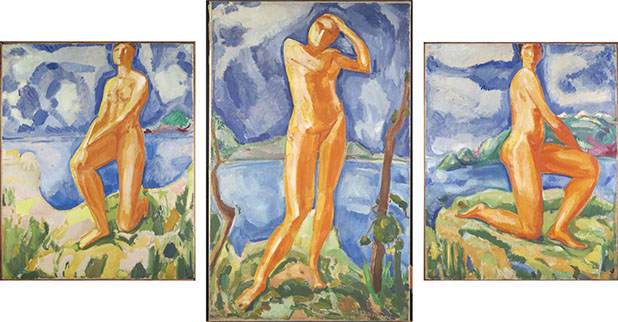